Soshu Koichi Tohei Sensei was born on 20th January 1920 in Tokyo. He graduated in Economics from Keio University. When he was young, he suffered from pleurisy and he was very weak. Determined to strengthen both mind and body, he undertook intensive training in Zen meditation and Misogi breathing methods. At the age of 19 he began the study of Aikido under the founder O-Sensei Morihei Ueshiba and ultimately achieved the highest level of 10th Dan. After the war, he studied mind and body unification from Tempu Nakamura Sensei. From 1953, he traveled all around the world to spread Aikido, starting with Hawaii and the USA. He was Chief Instructor of Aikikai Hombu Dojo from 1956 until 1974.

In 1971, he established the Ki Society which focused on spreading of the Ki Principles and in 1974 founded Shinshin Toitsu Aikido (Aikido with Mind and Body Coordinated). Through his teaching efforts he trained many instructors throughout the world. He was also well known for having taught Ki Principles and applications to a number of artists, companies, and athletes, such as baseball players Mr. Tatsuro Hirooka and Mr. Sadaharu Oh. In 2007, he let his son Shinichi Tohei Sensei succeed his teachings. Since then, he retired from the forefront of teaching and watched the development of Shinshin Toitsu Aikido. On 19th May 2011, he passed away at the age of 91. He was also the author of a number of best-selling books such as “Ki in Daily Life”, ” Kiatsu” and several other books. 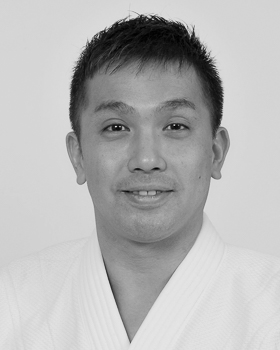 Kaicho Shinichi Tohei Sensei was born in Tokyo on 18th August 1973. At the age of 2, he started to learn Shinshin Toitsu Aikido based on the Ki Principles from his father Soshu Koichi Tohei Sensei. From 1993 he studied at Tokyo Institute of Technology and majored in Bioscience. In 1997 he became Uchideshi and started learning and training directly under his father. He also started teaching Shinshin Toitsu Aikido at the Keio University official Aikido Club. In 2000 he also became a liberal arts part time teacher at Keio University. In 2002 he completed his Uchideshi training and began teaching overseas. From this point on, Shinichi Tohei Sensei conducts a National Seminar in the United States in such places as Hawaii, Seattle, Las Vegas, Oregon, Colorado, or Washington D.C., where instructors from all over the U.S. and overseas come together to practice.

In 2007 he took over from Soshu Koichi Tohei Sensei officially, conducting seminars and workshops at Ki Society H.Q. in Tochigi and teaching all over Japan. He also started conducting seminars at companies, schools, universities and sports organizations, such as the Japan Ladies Softball team in 2008 (they then won the gold medal in the Beijing Olympics), and in 2010 the Los Angeles Dodgers major league baseball team. Since 2010 he is the President of the newly formed Japanese organization “ShinShin Toitsu Aikido Kai”. He is the author of several books on the application of the Ki principles in various areas of life. Christopher Curtis Sensei was born in 1944 in Upland, California. After graduating from Carnegie Mellon University he worked as an actor for a few years. Dissatisfied with the lack of depth in his personal life, he “retired” at age 25, and moved to the hills of California, where he lived alone concentrating on meditation and self-development. In 1972 he moved to Maui, Hawaii, and in 1974 began training Ki-Aikido with the late Shinichi Suzuki Sensei. As his otomo, he accompanied Suzuki Sensei as he traveled to teach seminars in Japan, the USA, South America, and Europe. He has trained with Koichi Tohei Sensei in Japan on many occasions, attending World Camp annually, as well as special training sessions.

In 2000 Curtis Sensei was appointed as Chief Instructor of the Hawaii Ki Federation. He has the Ki-rank of “Okuden”, is an official Ki Lecturer, and in 2008 was awarded the Aikido rank of “Hachidan” (8. Dan). He teaches regularly at Shunshinkan dojo on Maui, and continues to teach throughout the United States, Hawaii, and Europe. There, after the split of Europe’s main teacher from Ki Society HQ in 2001 by forming a separate organization, Curtis Sensei was crucial in keeping Tohei Sensei’s original teaching alive, and a growing number of dojos and students linked to Ki Society HQ in Japan, through his annual seminars in the Netherlands, Germany and Spain. This work culminated in the forming of the new Europe Ki Federation on 1st November 2018, for which Curtis Sensei continues to be the Ki Society HQ Advisor. Curtis Sensei is the author of two books, “Ki-Aikido on Maui” (2001) and “Letting Go – Talks on Aikido” (2008). 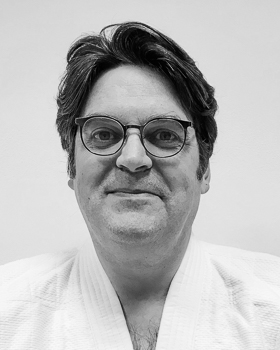 Toby Voogels Sensei was born in `s-Hertogenbosch, the Netherlands, on 13th November 1971. At the age of 11, he started to learn Shinshin Toitsu Aikido based on the Ki Principles. In 1995 he graduated from Utrecht University writing a thesis called the “Spirit of Mind” in which he explored the use of mind and spirit in Ki-Aikido. In 1998 he and his father founded Ki-Aikidoschool Torii in Helmond (the Netherlands), which he took over in January 2018. He is currently ranked Joden in Shinshin Toitsu Do and Rokudan (6. Dan) in Shinshin Toitsu Aikido.

After the split of Europe’s main teacher from Ki Society HQ in 2001, he and his father were among the first people in Europe to invite Curtis Sensei so he could continue teaching Tohei Sensei’s original teachings. Throughout the years he travelled to train with Curtis Sensei in Europe and Hawaii and with Kaicho Shinichi Tohei Sensei in Japan, and also to teach in The Netherlands, Germany and Spain. In November 2018 Shinichi Tohei Sensei appointed Toby Voogels Sensei as Chief Instructor of the newly formed Europe Ki Federation.